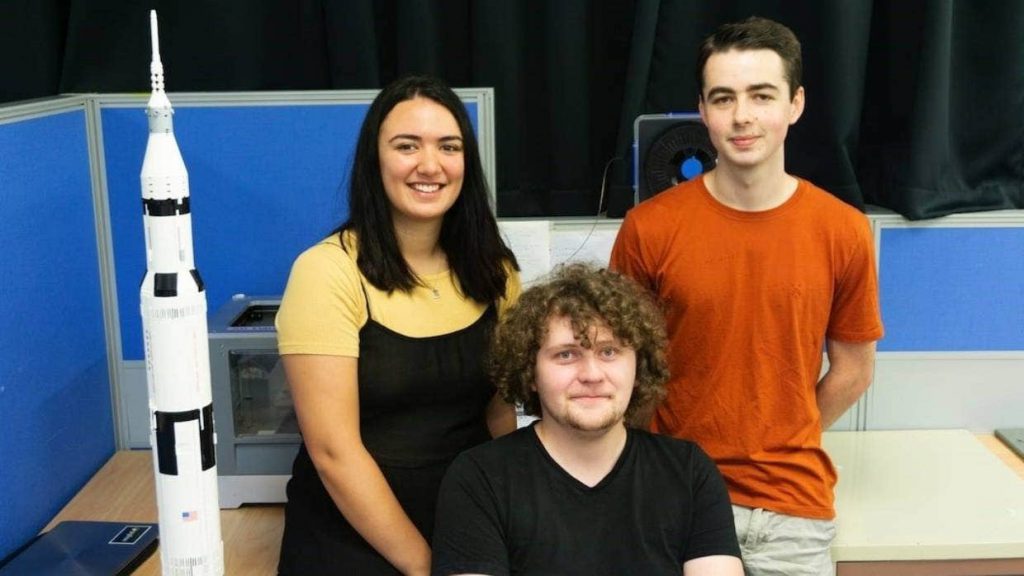 A trio of university students has raised half a million to test their product in space aboard a Rocket Lab mission in July.

“The incredible network of investors and mentors … has been invaluable as we learn the ropes of starting a new business while testing new power systems that will make space missions more efficient and successful,” Jones said.

The funds will also be used for further research and development of the inflatable solar array technology, which is compact and combines power generation and storage into one structure, rather than existing technologies which can be bulky and complex.

Jones said it provided more than double the amount of power currently available for such satellites, and the inflatable structures had been used in space for a number of decades, however they were not developed to power smaller spacecraft, which was the niche Astrix was hoping to fill.

The company’s upcoming space launch followed a successful test of its technology earlier this year at Rocket Labs’ Auckland facilities, where Astrix had been based since it was formed in February.

“The pace of the space industry is rapidly accelerating and we need more companies like Astrix setting out to help the thousands of businesses relying on satellites to advance their missions and crack some of the world’s pressing problems like climate change and food scarcity,” said Rocket Lab chief executive Peter Beck, who sits on the Astrix advisory board.

“It is exciting to see the next generation of entrepreneurs like Fia (Jones) growing global space start-ups from New Zealand.”

Jones said it has been estimated the global small satellite manufacturing and launch market will more than triple over the next decade to be worth US$54 billion.